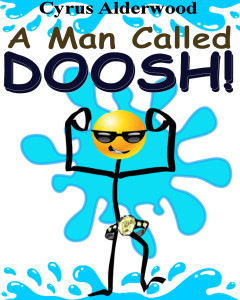 Cyrus Alderwood is the author of A Man Called Doosh, Pot of Gold, and Bedtime Stories for the Terminally Afraid, and a book about the fun times and fads of the 80’s full of cool trivia called The Ultimate 80’s.

Alderwood writes across many different genres including comedy and horror, and is currently working on his next project Tales From the Sunset Pub.  Writing under several different pen names, Alderwood enjoys writing horror/suspense.
Alderwood expounds “I’m going to admit something here that is a bit stupid. I love conspiracy theories and oddities. You name it! If there is a documentary on it I’m pretty sure I’ll carve out time from my day to watch it. It doesn’t matter what it is. Loch Ness! Bigfoot. The government hiding crash debris from UFO’s. If there is a show about ghosts and hauntings I’m all over it. In fact, I had a lot of fun with conspiracies and oddities in my book Pot of Gold.”

Welcome Cyrus!
You write a wide genre of material. Of all the books you have written, which is your favorite?
It’s hard to pick a favorite, but so far one that has meant a great deal to me is Pot of Gold. I wrote that comedy at a time in my life that was very difficult for me for a number of reasons and I needed to find some humor to cope with it. I made light of my situation in an indirect way and literally laughed the entire time I wrote the book. I think writing that book helped me grow as a person, even though you might read it and wonder how the heck someone my age could have such a crazy sense of humor in a couple of those scenes. Even though it was a hilarious adventure I hope that the theme of hope in a better tomorrow impacts the reader as much as it impacted me while writing it.

So if you haven’t picked up something funny to read in a long time, make Pot of Gold your next stop for your e-reader device or email me at cyrusalderwood@mail.com to buy your signed copy.

As a follower of oddities (UFO's, Big Foot, etc.) do you find these unknowns to be real or just a figment of our imagination?
I find conspiracy theories and documentaries/research into the unknown absolutely fascinating and a lot of fun to jump right into. But I must admit, I’m a healthy skeptic. I’ve never seen a ghost or anything supernatural that I wasn’t willing to accept a perfectly rational explanation for. I’ve never run into Bigfoot or one of his hairy cousins and I’ve never seen a UFO. However, I’m not

entirely closed minded to those oddities. After all, scientists are discovering new species every day, I’ve never purposely sought out a supposed haunted location, and it’s a great big beautiful universe we live in. But with all the things that we don’t know about, I think it’s important to have a little fun with these topics in the meantime. That was one element of Pot of Gold that I wanted to give to the reader…the ability to laugh at things that we probably have a curiosity about.

So, until someone comes up with hard DNA evidence of the existence of Bigfoot I’m going to assume the sightings are probably just some overly hairy dude from Montana or somewhere that just likes to go hiking all over the country.

When you write scary stories, where does your inspiration come from?
There is no better inspiration than asking yourself “What If?” The very first novel I wrote, Legends and Landmarks, Volume I: The Night Walker, is a perfect example of that. I had just moved to Cincinnati in 2000 and a friend of mine was giving me a tour of the city. As part of the tour she wanted me to see this very old and peaceful cemetery called Spring Grove Cemetery. The place was everything she described…serene, peaceful, and inspirational. As we drove through this huge cemetery we saw joggers, artists painting at their easels, people sketching, and many just there to enjoy the scenery. As I’m riding along I look around at the spectacular monuments and asked myself, “What if this old cemetery was built to hide something sinister from the past? And it was right under our noses for the past 200 years or so?” I managed to get an entire four-part horror series out of that one.

I feel that we are constantly surrounded by inspiration for one kind of story or another, horror or comedy. Want to come up with an idea for a comedy book? Go sit on the bench inside of a Walmart for a couple of hours and just observe people! That’s a good start! Hehe.

My favorite chiller writer is Bram Stoker. Who's yours?
Well Stephen King is great, probably a favorite of most folks. But there are a lot of great chiller writers out there such as Joe Hill, Dean Koontz, and John Manning. However, one of my favorites in the genre is Edgar Allan Poe.

Do you write personal events and scenarios into your storylines?
I try to avoid anything too specific that has happened in my life, but I do stick with familiar themes. In some ways there is a little piece of me in a character or two in each book I have written. As for what characters those are I guess I’ll leave the reader guessing for a while. If I ever hit the best seller lists I might discuss a bit more in detail about how I personally relate to some of the characters. Until then I’ll just have a little fun with the characters and keep people guessing.

Who is your favorite character of your own creation? Why?
That’s a tough question! There are two that really meant a lot to me over the years. One is the main character Eric Young from my first novel, Legends and Landmarks, Volume I: The Night Walker. To see that character grow over the course of the book series was just as entertaining for me as it was for the reader. At that point I was still trying to learn how to be a writer and I learned that the conflicts, both internal and external, were vital in developing Eric Young throughout the series.

Another character near and dear to my heart is Eddie Duchesne, aka “The Doosh” in the comedy A Man Called Doosh. Imagine having that as an unfortunate nickname growing up! Anyway, he is faced with a financial dilemma. To solve the problem this guy decides to just jump into the unknown and follow a childhood dream in hopes of making enough money with his second job so that his pregnant wife doesn’t have to work longer hours. He’s a chivalrous and reckless guy at the same time. He has the guts to chase a dream, and there is a part of all of us that would love the chance to do the same in our own lives. Be prepared for a lot of slap-stick comedy in this one. The Doosh is too busy thinking about what could go right that he doesn’t think about what could go wrong.

Describe your writing routine; where you write and if you have a muse...
I wish I had more of a routine, but I don’t. I do try to make sure that I have at least five pages to look back on by the end of the week. It’s often easier said than done. However, once I’m in the middle of a project I have a hard time slowing down. My work tends to accelerate rapidly once I get past the tenth chapter of whatever I’m working on at the time.

What are you currently writing?
I’m currently working on two different books in two different genres. I am hoping to finish up the first draft of a comedy called Tales From the Sunset Pub by the end of this year. I’ve had a fun time writing comedy over the past year or so but I have been yearning to get back to horror and suspense. The other book, I’m a few chapters in already, is a conspiracy theory that pits a renegade P.I. working a murder case against a sinister plot of domestic terrorism that goes high up into politics and the military industrial complex.

What are you currently reading?
I’m one of those folks that can’t focus on one book at a time. I read several at once. I’m currently reading Slaughterhouse-Five by Kurt Vonnegut, The Electric Kool-Aid Acid Test by Tom Wolfe, and Story Trumps Structure by Steven James.

Do you have advice for novice writers?
Don’t be afraid to make mistakes. I’m still making them and I’m working on my 10th book. Writing a book is hard work. Just don’t let the day to day frustrations stop you from continuing. You have a story to tell. Sit down, bang on the keyboard every day and tell it!

Elvis lives?
Of course he does! In the hearts and minds of fans all over the world. 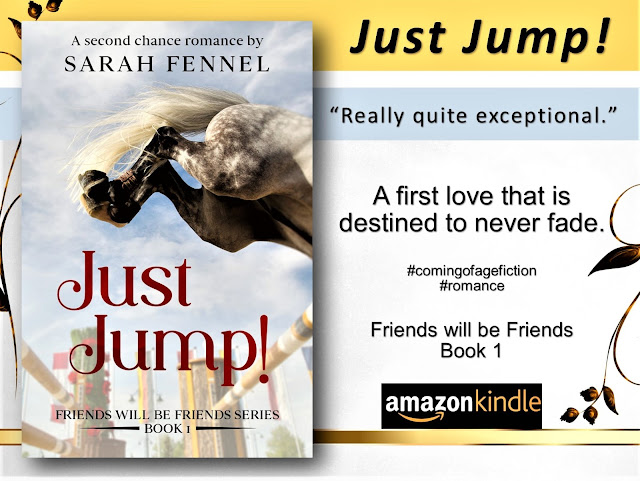