The "secret motto" of Moby-Dick

The clear air and open window invite me to write to you. For some time past I have been so busy with a thousand things that I have almost forgotten when I wrote you last, and whether I received an answer. This most persuasive season has now for weeks recalled me from certain crotchetty and over doleful chimearas, the like of which men like you and me and some others, forming a chain of God's posts round the world, must be content to encounter now and then, and fight them the best way we can. But come they will, -- for, in the boundless, trackless, but still glorious wild wilderness through which these outposts run, the Indians do sorely abound, as well as the insignificant but still stinging mosquitoes. Since you have been here, I have been building some shanties of houses (connected with the old one) and likewise some shanties of chapters and essays. I have been plowing and sowing and raising and painting and printing and praying, -- and now begin to come out upon a less bustling time, and to enjoy the calm prospect of things from a fair piazza at the north of the old farm house here.

Not entirely yet, though, am I without something to be urgent with. The "Whale" is only half through the press; for, wearied with the long delay of the printers, and disgusted with the heat and dust of the babylonish brick-kiln of New York, I came back to the country to feel the grass -- and end the book reclining on it, if I may. -- I am sure you will pardon this speaking all about myself, for if I say so much on that head, be sure all the rest of the world are thinking about themselves ten times as much. Let us speak, although we show all our faults and weaknesses, -- for it is a sign of strength to be weak, to know it, and out with it, -- not in [a] set way and ostentatiously, though, but incidentally and without premeditation. -- But I am falling into my old foible -- preaching. I am busy, but shall not be very long. Come and spend a day here, if you can and want to; if not, stay in Lenox, and God give you long life. When I am quite free of my present engagements, I am going to treat myself to a ride and a visit to you. Have ready a bottle of brandy, because I always feel like drinking that heroic drink when we talk ontological heroics together. This is rather a crazy letter in some respects, I apprehend. If so, ascribe it to the intoxicating effects of the latter end of June operating upon a very susceptible and peradventure feeble temperament.

Shall I send you a fin of the Whale by way of a specimen mouthful? The tail is not yet cooked -- though the hell-fire in which the whole book is broiled might not unreasonably have cooked it all ere this. This is the book's motto (the secret one), -- Ego non baptiso te in nomine -- but make out the rest yourself.

Residing in England, Shane began his equestrian career as a jockey.  Employed by Oak Ridge Quarter Horses, England, Shane is also a movie stunt rider, jouster, horse trainer, and much more.  I caught up with Shane between events…

What is Stampede Stunt Company and what do you do there?
Stampede Stunt Company is owned by some very close friends of mine. They do live shows at country fairs, castles and at big events like Your Horse Live. They provide one of the best jousting shows in the country with some trick riding for more entertainment; they also teach horseback archery, jousting and sword fighting among other things at their base in Wales. When I started my career with horses, I was a horse racing jockey! After I left racing to expand my knowledge, I learnt how to trick ride, joust, fall, sword fight, double for actors in films, fix problem horses, help with rider confidence and train western horses. Anything to do with horses i'll try my hand at!

So, you are a 'jouster'...what is it like to joust?
Jousting is an incredible adrenaline rush especially full plate jousts with full contact! 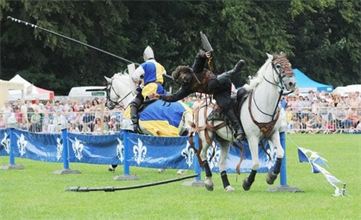 Did you participate in 'official' training? Where?
The only official training I have had was a 9 week course at the British Racing School, other than that, everything I know comes from what I have learnt from all the different areas of horsemanship that I have been able to experience through watching, doing or studying.

Do you have a rigorous training schedule?
I try to go to the gym as often as I can but have been slacking recently due to moving to a new area, but I’ll be back into the routine of going five days a week soon enough. 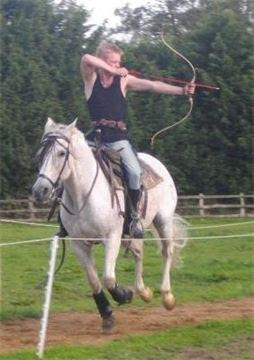 Do you travel a lot? Where to?
I have traveled a lot, just not recently due to having my daughter, Maicie. I have been to Australia, New Zealand, Spain, Italy, Germany, France, Dubai and Japan!

Did you grow up with horses?
No, actually I am the only person in my family interested in horses and I started riding when I was 13 years of age.


What breed of horse(s) do you keep/ride?

I work with Lipizzaner, Andalusian, Friesian, Thoroughbred, Dutch Warmblood, Welsh cobs, Painted horse, Quarter horse, Arab, Polish Arab, Hanoverian and my favorite Lusitano! Lusitano is by far my favorite breed, the stallions look amazing and in general they are really eager to please!

In what films have you stunt-doubled?
I have ridden as an extra in Clash of the Titans 2 (the second in the series, which will be out later this year and I rode in a sea battle), Snow White and War Horse. I doubled for an actor called Colin Morgan who is on a TV show over here called Merlin, which is aired weekly on BBC1.

How do you fix problem horses? Are you a horse trainer as well?
Well that all depends on the problem, the horse and more often than not, the rider/owner. I suppose in a way I am a trainer, I have never really thought about it like that I just enjoy every aspect of horses!

What can I do to be a better equestrian?
Everyone can improve even the best learn something new everyday about their horses but if i had to say anything, be patient and don't try and rush things - horses learn things at their own pace just like humans.

What is your dream job?
If I had the money, my dream is to open a equestrian facility with my future wife, who is also an amazing horsewoman, to take in troubled children, teens and young adults to help them through their problems by teaching them natural horsemanship and helping them to rebuild their trust through horses. 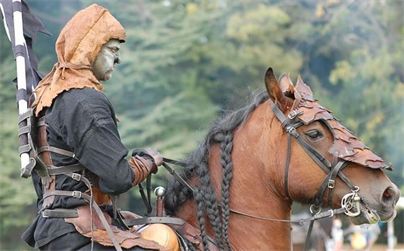 Email ThisBlogThis!Share to TwitterShare to FacebookShare to Pinterest
Labels: Equestrians from Around the World, Famous People Interviews, Horses, International Horses

Earth-colored eyes
look down
at mine, struggling
to escape
my gaze
Trapped and
bewildered, shy
and afraid, his
look drives
me insane
Feeling, not
touching, cowardly
stare, melding
his soul with mine
Please free
me instead,
let emotions run
dead, denying
love evermore
at February 13, 2012 No comments: 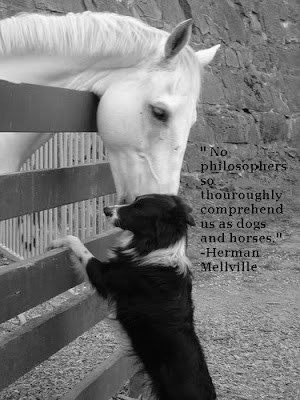 "No philosophers so thoroughly comprehend us as dogs and horses."
Herman Melville

by: Herman Melville (1819-1891)
SKIMMING lightly, wheeling still,
The swallows fly low
Over the field in clouded days,
The forest-field of Shiloh--
Over the field where April rain
Solaced the parched one stretched in pain
Through the pause of night
That followed the Sunday fight
Around the church of Shiloh--
The church so lone, the log-built one,
That echoed to many a parting groan
And natural prayer
Of dying foemen mingled there--
Foemen at morn, but friends at eve--
Fame or country least their care:
(What like a bullet can undeceive!)
But now they lie low,
While over them the swallows skim
And all is hushed at Shiloh. 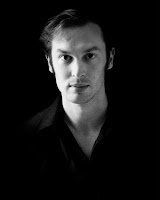 From Ireland, currently residing in London, Gerard Keenan is a world-renowned equine photographer.  His stunning photographs capture the spirit and beauty of horses. His photographs are envied and collected worldwide, including celebrity buyers; his photograph, Horses #5, is displayed in the newly opened Ralph Lauren store in Singapore. 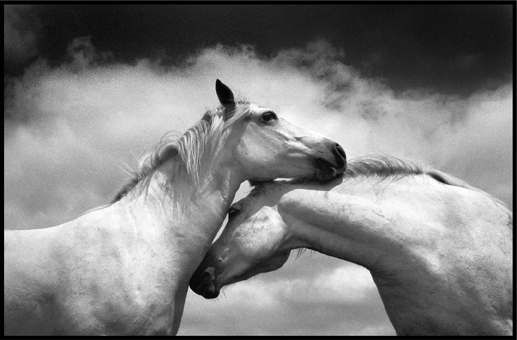 When did you realize you wanted to pursue photography as a career?
I was 21, having always had an interest in Art.

Your equine photography is stellar.  Why horses?
I grew up on a farm in Ireland and was always attached to animals, but I found Horses to have an otherworldly quality which is difficult to explain. They have a calming presence and I understand why they are used as therapy with people suffering from mental or physical ailments. 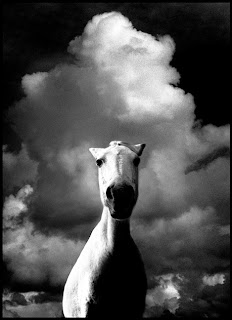 Any stories of difficult or challenging photo-shoots?
Most of my shoots go well and the horses are always well behaved!!

Your favorite horse to photograph?
I guess I prefer greys and whites as they stand out better with the clouds as a backdrop.

Do you have any tips for novice photographers?
Basically you have to have your own signature and it's not wise to copy other photographers work. Follow where your heart goes.

Do you have a favorite photographer?
I have too many to mention;  Lewis Baltz, Jean Loup sieff, Eugene Smith, Alexander Rodchenko, to mention but a few.

Where have you exhibited; any current exhibits in the world?
I have had no major exhibition as yet, but am hoping to show in London in 2012. 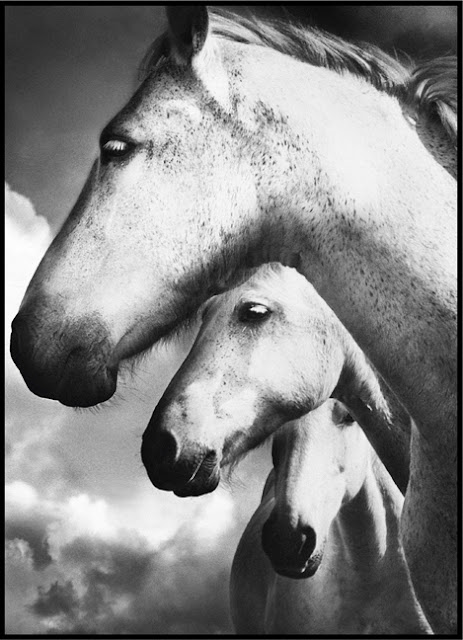 Fog this morning on the way
to the
barn

Give me Vesuvius' Crater

Give me a condor’s quill! Give me Vesuvius’ crater for an inkstand! Friends, hold my arms! For in the mere act of penning my thoughts of this Leviathan, they weary me, and make me faint with their outreaching comprehensiveness of sweep, as if to include the whole circle of the sciences, and all the generations of whales, and men, and mastodons, past, present, and to come, with all the revolving panoramas of empire on earth, and throughout the whole universe, not excluding its suburbs. Such, and so magnifying, is the virtue of a large and liberal theme! We expand to its bulk. To produce a mighty book, you must choose a mighty theme. No great and enduring volume can ever be written on the flea, though many there be who have tried it.
Herman Melville, Moby-Dick

Far from the metro
deep in the forest
paradise flies 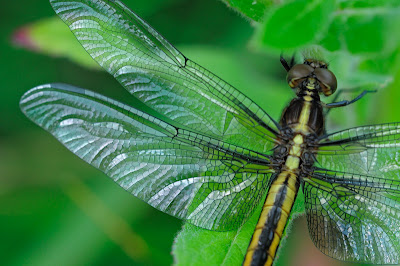 on wings without tempest

by: Herman Melville (1819-1891)
WHO inhabiteth the Mountain
That it shines in lurid light,
And is rolled about with thunders,
And terrors, and a blight,
Like Kaf the peak of Eblis--
Kaf, the evil height?
Who has gone up with a shouting
And a trumpet in the night?
There is battle in the Mountain--
Might assaulteth Might;
'Tis the fastness of the Anarch,
Torrent-torn, an ancient height;
The crags resound the clangor
Of the war of Wrong and Right;
And the armies in the valley
Watch and pray for dawning light.
Joy, joy, the day is breaking,
And the cloud is rolled from sight;
There is triumph in the Morning
For the Anarch's plunging flight;
God has glorified the Mountain
Where a banner burneth bright,
And the armies of the valley
They are fortified in right. 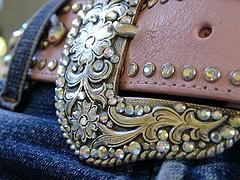 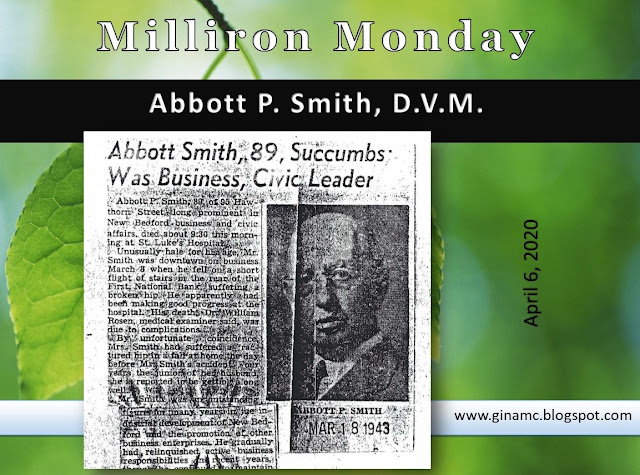