Ordowahl: The Huge and Ugly by Joel Hinrichs 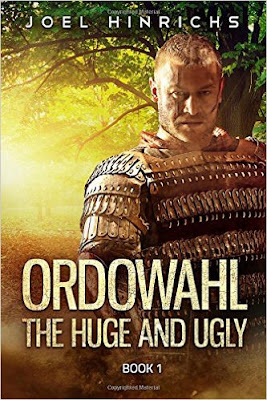 Ordowhal: The Huge and Ugly
by  Joel Hinrichs

Come with me to the Middle Ages where honor, faith, courage and danger are inseparable. Meet Ordowahl, ninth son of the king of Nordland, first in arms, and wit, and will, whose eight jealous older brothers require him to leave the kingdom the day he comes of age. Watch Ordowahl confront each new experience: woman, sorcery, battle, intrigue. Watch him conduct duels of wits, war, and wealth. See him grow from infant, child, young adult, into Knight and Prince. Two minor black mages appear, and he must meet them head on, trusting God to lead him through; he ponders his purpose, and learns that humility is one of the ways that Purpose is reinforced. A sonnet heads each chapter, promise: the sonnets ARE readable! Follow the chapter, and watch the lines unroll. By the end of the book, do you think you can tell someone else what it takes to make a "real" sonnet?

Upcoming releases: Book 2 leaves black magery behind, to give Ordowahl freedom to become a journeyman in the arts of war, love, politics, and kingship. Book 3 tests Ordowahl to the core; he meets his life mate Princess Janalei, whose odd gift challenges him, and also helps him to defeat a master Black Mage, and his two pet fire breathing dragons. Book 4 returns Janalei and Ordowahl to Nordland to wrangle eight fractious, furious older brothers into a cohesive unit. Ordowahl ascends to the throne on their father's death and the united band of brothers becomes key to the future of Nordland in a dark, bloody Century. Books 5 etc. gestate in a dim, quiet place.

Biography
Joel H. Hinrichs is first of six, Lutheran, and grew up in Fresno, CA. He attended UC Santa Barbara, BA Math and English (double major) Dec. 1966. He joined NCR in January 1967 and began a 48 year career in computer systems and software; he was one of the creators of the NCR 605 mini-computer and holds a patent (1975) for a communication system linking it to multiple retail terminals. Joel and Elaine (UCSB, 1970) have four children, but are no longer connected. Late in life trophy bride JoAnn (Glittenberg) Hinrichs is his muse and inspiration. Jody has been a key innovator in both anthropology (PhD 1975) and cross-cultural nursing. A more proximate inspiration is fanstory.com, where Joel has been a member since April 2006. He won immediate recognition as Reviewer of the Month and now, using the handle Gil_Arend, is one of only a dozen or so Recognized Reviewers. A member challenge to write a saga using the sonnet form led to Ordowahl; you can find that preliminary version in "A Grownup's Garden of Verse" on Amazon.

Joel's rich, pleasant but keep-the-day-job baritone has found use in numerous choirs, community theater and opera productions, and choral groups, notably the Colorado Springs Choral Society. Hobbies include, now that time permits, driving backup for the local branch of Meals on Wheels. And a second career, now that he is retired, is this series, the saga of Ordowahl! The boring part: late-career patents include: (2010, 2011) RAM chip interfacing, (2012, 2014) file systems, and (2013) CPU chip architecture. A seventh patent, converting ASCII logging procedures to use quick, tiny binary data, is pending. 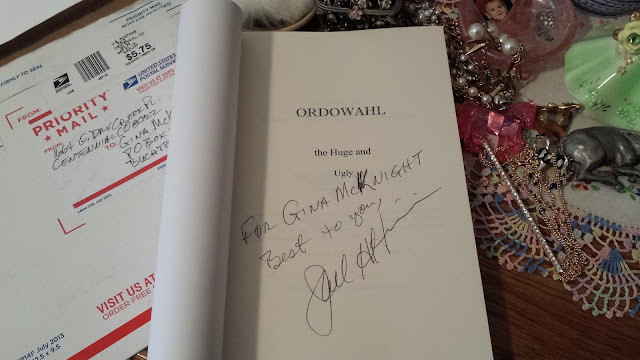