Claim Me, Cowboy: Cowboys of Colton County by Joann Baker and Patricia Mason 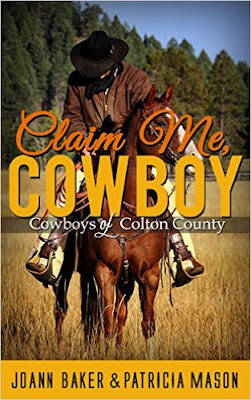 After almost losing his left arm in Afghanistan, taciturn rancher, Boone Leland worked hard to make a name for himself and a success of Leland Farms. Sometimes he wondered why since there would be legacy, no children to carry on his name, for who would want to marry a crippled cowboy?

Plus-size model Rebecca Morgan took one look at hard-as-stone rancher, Boone Leland, and knew she’d found her purpose. On his farm to do a photo shoot introducing his new organic vegetable business, the sparks start flying. When Becky realizes the rough-around-the-edges Boone isn’t going to make a move, she sets out to seduce him.

Will the heat be too hot to handle or will it mold their love into something lasting? 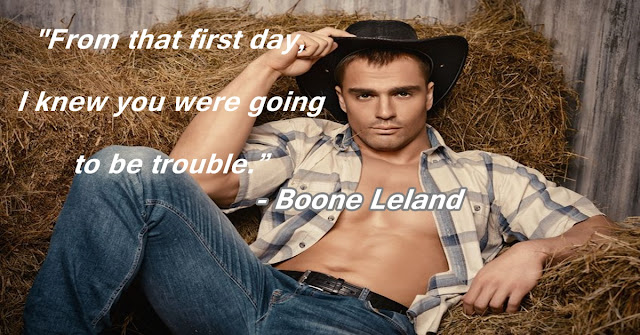 Story blurbs that will draw you to Claim Me, Cowboy…
One lean hand tangled in her long tresses while the other splayed across her low back, pushing her body against his blatant arousal. Soft mewls of pleasure met his ears as she greeted his ardor with passionate innocence.

She packed more curves than the mountain ranges surrounding his massive ranch.

Diablo moved restlessly behind him and Boone tightened his hold on the reins, calming the horse instantly. He wished he could do the same with his runaway heart.

She might not be experienced in the bedroom, but she’d been around enough men to know which ones she should avoid at all costs. Boone Leland had jumped to the top of that list. Sometimes, however, her heart simply wouldn’t listen to her brain.

A light breeze tossed her curls, sending a sweet scent straight to Boone. A thousand pinpricks of awareness shot directly to a heart he’d sworn immune to all females, warning him that she was already a problem.

Rancher Boone Leland knew curvy model Rebecca Morgan would be trouble the moment he saw her walking down his graveled drive in a pair of high heeled shoes. He just didn't know how much...
“Enough, honey.” Boone growled, her soft hands almost driving him over the edge.
“Not nearly,” she whispered, placing her hands on his hips and wantonly pulling him to her.

Dammit, he had other things to do than think about a woman he’d barely met.

She wanted to learn every inch of him, to memorize the planes and contours of his big frame for those lonely nights ahead. Her hands moved over his massive chest with its patch of dark curls that ran in a thin line down his stomach to his…

“I fell in love with you the minute I laid eyes on you. I know that most people don’t believe in love at first sight.”

“You gonna tell me what you’re doing in my house now or would you like to do my laundry too?”

Every cell in Boone’s body came to instant attention as her small pink tongue darted out to lick her bow-shaped lips.

To be such an in demand plus-size model, Becky didn’t exactly have men knocking down her door to ask her to out. Much less ask her to marry them, which was what she wanted.

He’d pictured her in his bed, her wild curls covering his pillow as she lay beneath him, that same smoky look in her eyes as he loved her.

If anyone had told her love could happen this quickly, she’d have laughed in their face. Now all she wanted to do was cry.

“From that first day, I knew you were going to be trouble.”

Her delicious curves were draped in a knee-length green dress that left her arms bare. Her abundant breasts were high, leaving a cleavage so deep a man could get lost in it. And her legs… Boone couldn’t recall ever finding the sight of a woman’s trim ankles and painted toenails so sexy. Becky didn’t need a husband, she needed a piece of eye candy on her arm. Someone who could further her career. That certainly wasn’t a crippled army vet who had dirt under his nails.

There was something about the ornery cowboy that had made her senses scream mine at her first glimpse of him. It was ridiculous, she knew, since he’d never given her any indication that he felt anything other than annoyance at her being there. Still…

When she snuggled against him like a kitten, he wasn’t strong enough to ignore the invitation in her huge green eyes.

Becky thought she would faint with the need she felt for him.

“Is gone.” He didn’t want to know if she’d left him a note or anything else. He needed to forget. Forget as quickly as he possibly could. And the first place to start was with a long, stiff drink as soon as he finished unloading the truck. He turned to go back to the barn.

Boone wanted to touch her, to reassure himself that she was alright, but forced his hands to stay at his sides. He didn’t want to wake her. Instead, he let his eyes trace her features, noting the purple knot that had already formed just above her left temple. The covers were pulled up to her chin and he couldn’t see if she’d suffered any other injuries in her fall. He assumed that she hadn’t since Cordelia would have told him. Even so, he wanted nothing more than to pull back the bedding and check for himself.

Her green eyes opened, stabbing him with their intensity. “Stay with me, please.”

Fighting the urge to cut and run, he turned off the overhead light. Sitting carefully on the bed, he removed his boots, socks and shirt and climbed carefully into bed wearing only his jeans. There was no way in hell he was removing them. Immediately she curled up against him, pushing her lush backside into his groin. Boone clenched his jaw. It was going to be a damn long night.

She rubbed his arms and he surprised himself by not flinching away when the tips of her fingers moved over the back of his injured arm. God, he’d forgotten how much he craved the touch of another human. Especially of a woman.

“Lady, that’s a dare if ever I heard one.” He picked her up and sat her on the counter, making her laugh. His arms encircled her waist, holding her close. She wrapped her legs around him, locking them against the backs of his thighs and pulling him closer still. They both moaned as their hips bumped together.

“We could,” he began, his lips finding the spot between her neck and shoulder that caused her limbs to start shaking in anticipation. She let her head lull back on her neck, giving him complete access. “Stay here.” Another nibble, another bite and Becky didn’t care about anything except this moment. “And I could take you back to bed,” his voice lowered, “and make a meal of your delicious body.”

“If you keep looking at me like that, honey, we won’t even make it through the appetizers.”

Becky trembled, awed by the sensations he could so easily arouse. Her hands moved through the thickness of his hair, loving the feel of the cool strands sliding through her fingers. With each tug of his lips, her body shifted, lifting toward him in an attempt to get even closer. She stopped thinking about tomorrow and what the new day would bring. For now, she just wanted to lose herself in the dizzying spiral of sensation.

“Enough, honey.” Boone growled, her soft hands almost driving him over the edge.

“Not nearly,” she whispered, placing her hands on his hips and wantonly pulling him to her.

Her body was sated yet her mind was in an uproar. Her heart now more vulnerable than she knew what to do about.

“Boone, listen to me. If Becky loves you and you love her, she’ll live anywhere with you.”

“Yeah, well, what if she doesn’t love me? What if she was just using me as a remedy to boredom?”

“You can’t believe any such thing!” Carolyn was stunned that he’d even think such a thing.

“Why not?” He held up his left arm. “I’m not exactly man-of-the-year material here.”

“You forgot to leave my heart behind when you left.”

“You made it a point to tell me that you weren’t the marrying kind. You said…”

“Joann and I are best friends who LOVE to write about cowboys and the curvy girls who lasso their hearts. We always provide a happily-ever-after so you can imagine the couples growing old together.” 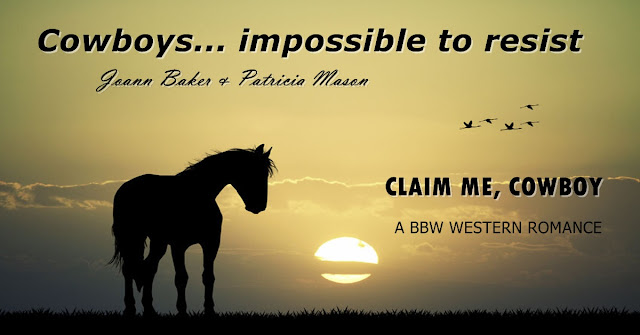