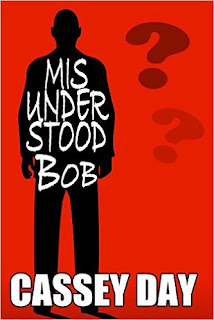 In the romantic comedy, Bob Fulton is misunderstood by his co-workers. He isn’t dependable at completing work tasks. When his wallet is stolen during a robbery, he set out to find the robbers and his wallet. In a series of modern day errors, he enlists the help of his daughter to find the wallet in the robber’s house and set things right with his employer.

Excerpt:
“Who is Ben? Who is Ben? Ben is the most famous of all rats. There was even a song made after him called Ben, You Rat.”
Bob slammed his hand on his desk to drive a point that Ben existed. The sound echoed throughout the office.
Brenda walked past Bob’s desk again without even a glance at Bob.
“Bob, like I said and Mike said, stay out of my business.”
Bob smirked and continued to make his digs at Brenda.
“I am just saying that it will be the day when a rat knocks on my door like he wants to control my house.”
Bob grabbed an umbrella sitting next to his desk, raised it up the air, and made jabs back and forth as if he was fighting off something huge.
“Come on now, come on now! I got something real good waiting for that rat and it won't be hi.”