So, You Want a Service Dog by Author Clyde Hock

So, You Want a Service Dog
by Author Clyde Hock

I served on a tank in Vietnam. The tank I was on struck a large landmine. I thought I was invincible until this happened. I was never the same person after that.

When I came home, my life was miserable like all Vietnam Veterans. I went to the Veterans Administration for help. All they did was piss me off, and I never wanted to go back.

Sometime later, I found out that is what they do. They piss you off so you don’t come back. I filed again and was rejected. I talked with people who were better off than I was, who were getting a compensation.

I was walking on the boardwalk in Atlantic City. I came to a booth for Disabled American Veterans. The guy asked me if I was ever in the military. I told him I was in Vietnam. He asked what kind of compensation was I getting. I said none. I am making a living. I’m having a very hard time, but I’m surviving.

He said don’t be a fool, our government pisses away so much money on stupid things why shouldn’t you take advantage of it. I thought long and hard about it and realized he was right.

I found a lawyer, who gets involved in these types of cases. He filed for me. They denied it and he appealed it. Eventually they gave me 30 percent for PTSD. He filed for a higher rate. They gave me 50 percent.

A few years later, I was at a Josh Smith Memorial Run. It was to collect money to help veteran’s organizations. Josh died while serving, and his family set the run up in his memory.

While there, I saw a puppy that was taken from a pound and was in training to be a service dog. The puppy was named Josh in honor of Josh Smith. I asked them what you had to have to qualify for a service dog. They said you have to be disabled.

On the way home I thought about it. I’m considered disabled. Wouldn’t it be great to have someone with you all the time to have your back like the guys in Vietnam, a friend you could totally trust? Someone you knew would never let you down.

With PTSD there is a great distrust with other people, not so with a dog. I called Heather Lloyd, who runs Tails of Valor. I told her I always wanted a Doberman. I asked her if I could get my own dog and if they would train it and me together. She said she would.

As of now they do not have the finances or trainers to do this for others.
My wife is planning on retiring soon. She said she didn’t want a dog after our 13-year-old Husky dies. She wanted to be able to travel and not worry about a dog.

Can I get a dog to train as a service dog? All of a sudden she turned into a drill instructor and many bad words came out of her mouth.
How could I do this?

I called several breeders who carry Dobermans. I found some very inexpensive ones on the other side of the U. S. I didn’t want to send money for something I never saw. Who knows what you may get. It’s a long way to get your money back. I found a breeder in PA. He was more expensive but I could see what I was getting.

I called the breeder and said I would take a male black and tan. He wouldn’t be ready for another month. The breeder sent me photos over the internet. He was a cute little guy.

When I talked to the breeder, he told me he was not house broken. That would go over great with my wife.

I took him everywhere I went. If he isn’t with me, I put him in a crate. All the stories I heard about Dobermans being aggressive went away when I got him. He is one of the most lovable and friendliest dogs I ever saw. I never saw him act aggressively except with our Husky.  They would go at it and the Doberman would get bit but go right back at the Husky.

I named him Cooper after B. D. Cooper. How many of you remember him? The breeder called him Bandit, how appropriate!

He and I go to service dog school once a week. They teach me what to teach Cooper. He was so wild as a pup. He just wanted to be petted and get attention. He is getting better as he gets older. Just the other day he turned 9 months. 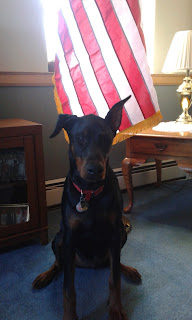 I have had dogs all my life. I thought I knew dogs. The school teaches me things I never thought of about dogs. He is a lot of work but well worth it.
He is with me pretty much everywhere I go. I feel great comfort being with him. At times I get very upset, and he comes and licks me. I have to smile.
I just read a report where a dog and its owner’s heart rate go up when they are separated. When they are reunited, their heart rate goes down and eventually their hearts beat in unison.

At times when he chewed up my favorite pair of shoes or some paperwork I had, I became very annoyed. I never hit him. I knew in the long run he would be worth it.

I take him more and more into restaurants and to meetings. As he gets older, he is calming down. As I drive, he puts his head on my shoulder when I get road rage. My wife still works while I’m retired. When my wife gets up to go to work, he jumps into bed. He always walks around a bit and flops down partially on top of me. He weighs almost 100 pounds and you just can’t pull the blankets out from under him. 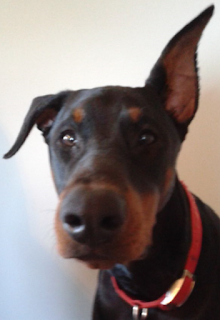 I have talked to many veterans who said if it was not for their dog they wouldn’t be alive today. I trust Cooper more than any human. I know it’s him and me to the end.

I know many people will never understand the bond between a veteran and his dog.

At this time the Veterans Administration say there is no conclusive evidence that a dog helps with PTSD. Many organizations that have studied human and animal relations for many years disagree.

at January 04, 2017
Email ThisBlogThis!Share to TwitterShare to FacebookShare to Pinterest
Labels: Guest Posts 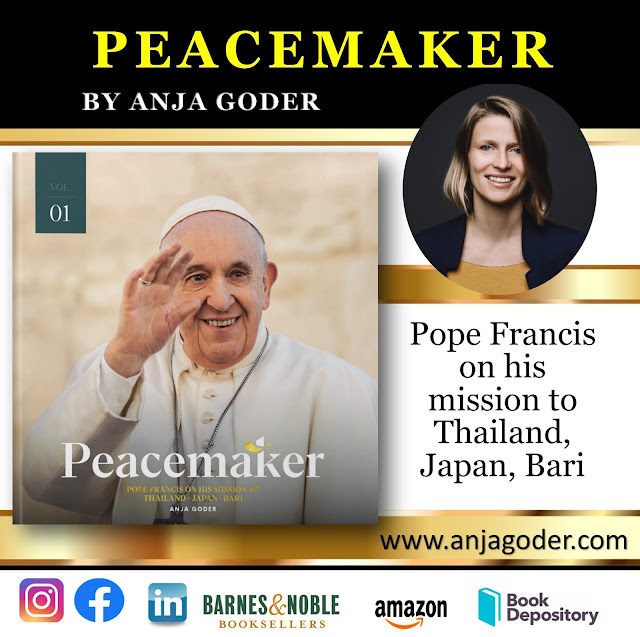