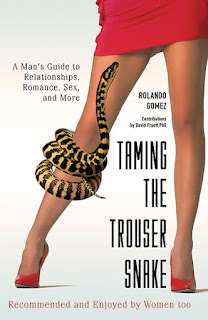 Available in Kindle and Paperback

Smart men, young or old, virgin or ladies’ man, want to know more about how women feel about sex, fitness, fashion, intimacy, romance, relationships, love, and much more. This book is written for men who care and want to win a woman's heart for the right reasons -- to be a friend, colleague, mutual lover or spouse. It's not a con game; you'll learn what's in for the woman of today.

Professionally photographing thousands of women across four decades, Rolando Gomez learned firsthand the societal pressures that women bear. He knows a man's anatomy and biochemistry are simpler and more easily satisfied than a woman's, and he knows what men need to know about the complexities of a woman.

After observing, counseling, living with and raising women for almost forty years, Gomez, a father of four daughters, shares the knowledge of a man who's profession constantly exposes him to new female generations. In his world, women never age but their mentality constantly evolves.

These lifetime experiences are the heart of this book, enhanced with further research, experience and editing from close friend David Pruett, PhD. Does it work? Well, that's Gomez' longtime girlfriend, 23 years his younger, on the left!


Editorial Reviews
“There is no stone unturned and is a worthwhile read for both men and women.” -- Marsha Collier, author, radio personality and educator, over a million books in print

From the Author
With the help of my editors, including David Pruett, PhD, we made sure that even though this book is written for men, that women would enjoy reading it plus affirm the contents by saying, "Wow, he nailed it, I need to give this to my (son, father, husband, boyfriend, brother, boss, co-worker, etc.)." So to ensure this, I had several women read drafts upon draft after the edits along the two years it took me to write this book -- I've seen the tears and those that held back, their watery eyes; I have felt their pain and seen their hope. This book will educate a man for the better but will touch a woman's heart and soul as their mind says, "finally!"

I've written six books, coauthored another, but no book I've ever written took me thousands of women and over 40 years to gather the information I needed to write this book. As a pro photographer of women, I've met and photographed thousands of women in my life, some nude, some clothed, over a three-plus generation period, and those experiences are what created this book because in order to write about life, you have to experience it first. Parts of this book are also based on my own personal successes and failures with women too.

By virtue of my profession, I've experienced life with women, unlike the average man, from photographing Playboy Playmates to American Idol stars; tall, thin, short, heavy, blonde, brunette, small chested, large breasted, blue eyes to brown, I've experienced what seems like every woman in every form for decades, and the richest part of these experiences plus observations were listening to them talk about the men in their lives -- they taught me what they want and don't want in men, what their knight in shining armor should possess and I share this valuable information with you plus more in this book. I felt the "story" must be told.

So whether this book is purchased for you, or a brother by another mother, let this book make better men in the end so we may have happier women in this world -- that is my true goal.

About the Author
Rolando Gomez photographed thousands of women for almost 40 years, including Playboy Playmates to American Idol Stars; carrying his cameras to 43 countries. Whether being interviewed about his Photographic Therapy--the Power of Photography to Help Build or Rebuild Self-Esteem beliefs, or filming for TV, he spreads the gospel of photography.

In the past 15 years, he's conducted over 600 seminars and workshops on glamour, beauty, fashion & nude photography in the U.S., Europe, Mexico, Caribbean, Central America, and Canada. Venues include Photo Plus Expo (NYC), Samy's Camera, Julia Dean Photo School, Photo Imaging & Design Expo in Calif., FotoFusion, the Universities of Texas, Virgin Islands, Calgary and many others.

Gomez captured photos on assignment during the fall of the Berlin Wall, the Olympics, Presidential Inauguration, Desert Storm, Uphold Democracy in Haiti, Northern Watch in Turkey and the 1994 Rwandan refugee crisis in Africa plus many more events.

at August 10, 2015
Email ThisBlogThis!Share to TwitterShare to FacebookShare to Pinterest
Labels: Featured Books

I just finished reading Bonk by Mary Roach. I must admit that I was a bit concerned how I would write a book review on it but your post is a great example! Thanks! 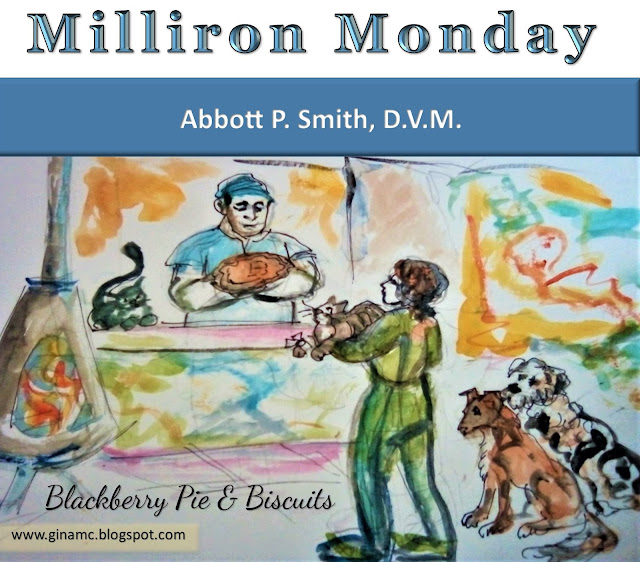