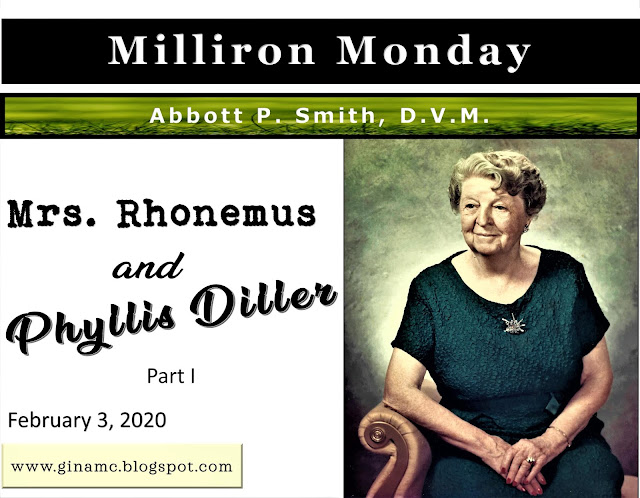 In 1973 Jody's grandmother, Jessie, was 89 years old. Living in the Winchester Nursing Home, Mansfield, Ohio, Jessie was a retired school teacher.  Better known as Mrs. Rhonemus to the locals and her prior students, Jessie lived her life as a successful English teacher at Lima Central High School, Lima, Ohio.

On April 13, 1973, one of Jessie's former students decided to drop in for a visit. It was non other than the famous comedian Phyllis Diller. The local newspaper recorded the epic event. It had been 40 years since Phyllis had seen her High School English teacher. Phyllis, a 1935 graduate, explained her appreciation for her early years of learning and inspiration from Jessie's classroom.

In 1985, Phyllis was inducted into the Lima High School Alumni Hall of Fame. The story is of success - a small town girl becoming a worldwide sensation because of her perseverance and tenacity for life. Phyllis remembers one of the essays she had written in Jessie's class about the "hereafter" and that Jessie chose the essay to read in front of the class.

After briefly attending the Sherwood Conservatory of Music in Chicago, she entered Bluffton College in Bluffton, Ohio, with thoughts of becoming a music teacher. She left before her senior year after she married Sherwood Anderson Diller, and they later moved to California.

She wrote a shopping column for a newspaper in San Leandro and advertising copy for a department store in Oakland, then moved on to a job as a copywriter, continuity writer, and publicist for a radio station in Oakland before joining a San Francisco station as director of promotion and merchandising.

She was poor and unhappy, and she would meet other poor and unhappy women at the laundromat and have them in gales of laughter with her account of her home life. Word spread about Phyllis Diller, and soon she was being asked to give presentations at parties and PTA meetings.

Her husband thought she should be paid to make people laugh. Inspired by a self-help book, The Magic of Believing by Claude M. Bristol, she began to write comedy routines, hired a drama coach, and took whatever paid or unpaid performing jobs she could get: at hospitals, women's clubs, church halls. She made her bona fide professional debut at the Purple Onion, a San Francisco nightclub, in 1955.

An amazing story of inspiration, Jessie was an outstanding teacher, motivating and empowering her students to follow their dreams. Diller responds to the question, "Does it bother you, Miss Diller, to come to a small town like Mansfield?"  Diller replies, "It is your life wherever you are and you have to be happy wherever you are."

at February 03, 2020
Email ThisBlogThis!Share to TwitterShare to FacebookShare to Pinterest
Labels: Milliron Monday 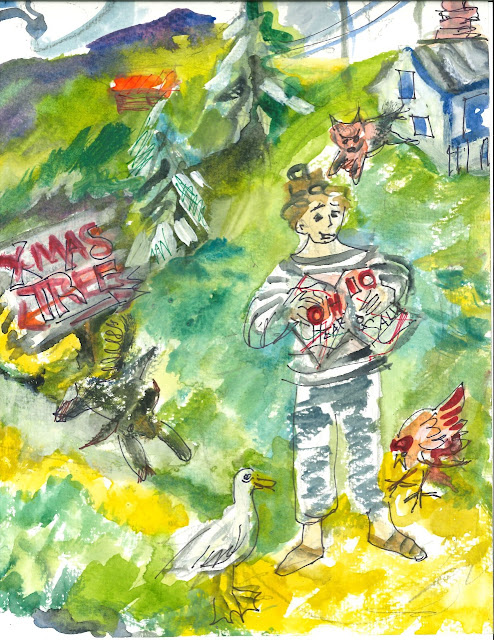