Another Man's Treasure by Natasha Lockhart 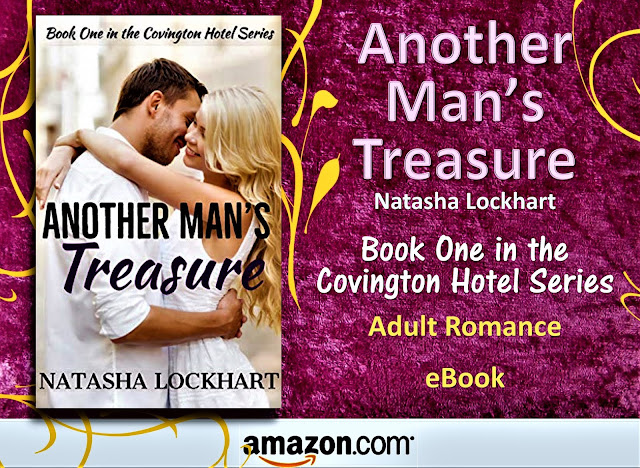 Another Man’s Treasure
By Natasha Lockhart

Harrison Groban is clawing his way out of his own personal hell, but he’s more than willing to join forces with Nicole to defeat the obstacles between them and their happily ever after. When the past and present collide, will they stay afloat or sink under the weight of life’s demands?

ABOUT THE AUTHOR
Natasha Lockhart is the pen name for a former primary school teacher. After completing eleven years as an educator, she decided to pursue her dream of being a writer. Her love of historical novels began in fourth grade when she was introduced to the books of Laura Ingalls Wilder. Since then, Natasha has been time travelling through literature and enjoying every minute of it. Her obsession with romance novels came years later after a couple of less-than-satisfying relationships. Books detailing the happily ever afters of fictional characters were like an oasis in the desert during her single years.

Natasha is now happily married and the mother of two precocious daughters and one laid-back son. When she's not writing or tending to her husband's demands, she works as an on-call chauffeur, personal assistant, and cheerleader for her three children.