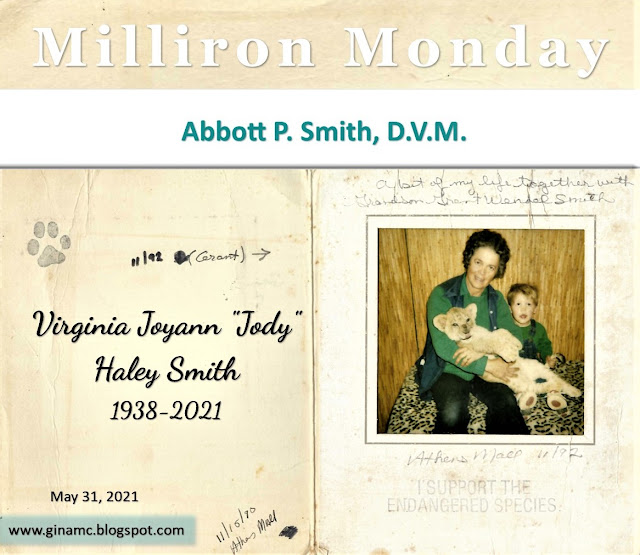 "A bit of my life together with Grandson Grant Wendel Smith"
Welcome to Milliron Monday where every Monday we celebrate the legacy of Pete Smith, D.V.M., and  Milliron: Abbott “Pete” Smith, D.V.M. The Biography (Monday Creek Publishing 2017). A graduate of Colorado State University and a well-known veterinarian in southeast Ohio, Dr. Smith continues to motivate and inspire.
Somehow, it was not serendipity or chance that I ran across this poem that Jody had saved since 1964...
Return
by Beulah Fenderson Smith
Frostfire: Poems of Love
If I come back - and well I may, my dear -
You will not find me in a summer rose,
Nor in a twisting, withered copper leaf
That spirals from a naked tree and goes;
You will not find me in a swallow dipping
Through chiffon April curtains of the rain;
You will not find me in the rippling wind
That stirs a sea of golden August grain;
I shall not be a cheery hearthside cricket,
Nor sing from plaintive throat of whippoorwill;
But when the hunter's moon rides to the west,
If you should hear a fox bark on the hill -
Then turn you in your soft, smooth bed a bit,
Knowing, with shuttered eyes, the moon is bright -
Knowing a vixen runs, alone with stars,
Down all the frosty ridges of the night.
Virginia Joyann “Jody” Smith (Haley), age 83, passed away May 9, 2021. She was born on April 2,1938 in Toledo, Ohio, daughter of the late Peter Franklin and the late Virginia Wurl (Rhonemus) Haley, sister of the late Dr. Gary Haley DDS. Jody was a 1956 graduate of Mansfield High School, Mansfield, Ohio, and received her Bachelor of Science and Arts, majoring in English, from Colorado A&M (now Colorado State) in 1960. Jody was a member and served as chaplain of her sorority, Tri Delta, member of Pi Delta Epsilon (National Honorary Journalism Fraternity), Phi Kappa Phi (National Honorary Scholastic Society) and Lambda Iota Tau (Literature Honorary). Jody was a member of the Aggie All-Girl Mounted Quadrille precision riding team, president of the French Club and served as an editor for “The Collegian”. At Colorado A&M, she met the love of her life, the late Abbott Pliny “Pete” Smith III DVM. They married on September 4, 1959. Jody is survived by daughter, Jessica Smith (Richard Fox) and son, Abbott Pliny “Pat” (Karen) Smith IV; grandchildren Abbott Pliny “AJ” Smith V, Grant Smith, Noah Fox, nieces and nephews. In 1963, Pete and Jody moved to Ohio establishing Milliron Farm, eventually opening Milliron Veterinary Clinic. Knowing Athens was the place they would spend their lives, added stability for the Smith family to grow and be of service to their community. Jody is remembered fondly by her grandchildren as a strong-willed woman who taught them many life lessons, including farm life – passing on her love of animals, rescuing many from danger. Jody’s love for horses, all animals, served her well as a veterinarian’s wife. Her many accolades included winning the 1976 AKC National Specialty Best of Winners with her beloved Belgian Sheepdog, The Magic Dragon V Siegestor CD/TD, “Puff”. “Everything in moderation” and “No thank you helpings” were her constant refrain with her children and grandchildren. Jody liked to share her opinions and beliefs, even when no one asked, but it would be hard to find a more genuine, friendly, and helpful person in a time of need especially when it came to her grandchildren. Rooted in faith, reading Bible verses every morning at the breakfast table and attending church, every Sunday, is how the grandchildren remember their Smith grandparents. Jody was an active member of The Church of the Good Shepherd (CHOGS). Jody’s body was donated to the Ohio University College of Osteopathic Medicine’s Willed Body Program. A memorial service to celebrate her life is being planned, 9/4/2022, at CHOGS, followed by a 7-8 pm evening “Athens Social Pack Walk” (Ohio, FaceBook) on “The Ridges”, lower parking lot, Kennedy Museum, with Jody’s beloved rescue and companion dog, Coco (www.AthensConservancy.org and www.FencesforFido.org donations collected). Jody will be deeply missed by her community, family, friends and pets. Contributions can also be made to NAMI,100 Hospital Dr., Athens, OH 45701, www.namiathensohio.org. 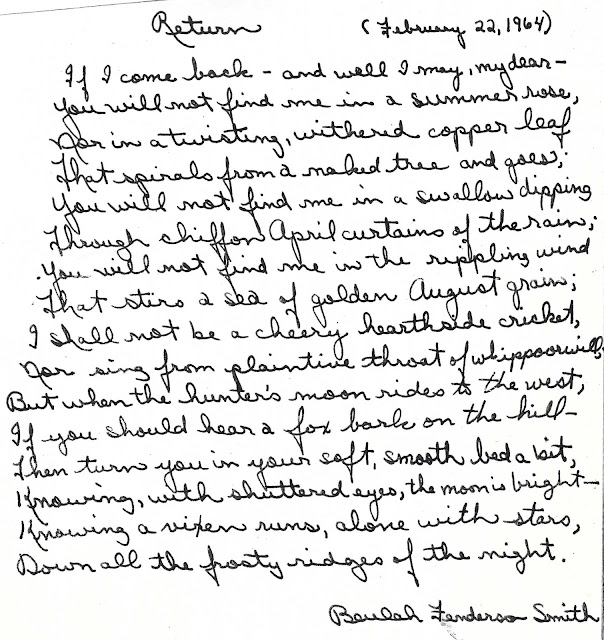 Connect with Gina...
Amazon Author Page
Milliron: The Biography
www.gmcknight.com
www.mondaycreekpublishing.com
Through captivating, powerful, and emotional anecdotes, we celebrate the life of Dr. Abbott P. Smith. His biography takes the reader from smiles to laughter to empathy and tears. Dr. Smith gave us compelling lessons learned from animals; the role animals play in the human condition, the joy of loving an animal, and the awe of their spirituality. A tender and profound look into the life of a skilled veterinarian.
at May 31, 2021

From the Back of the Bus to the Front of the Classroom: My Thirty-Year Journey as a Black and Blind Professor by Dr. jw Smith 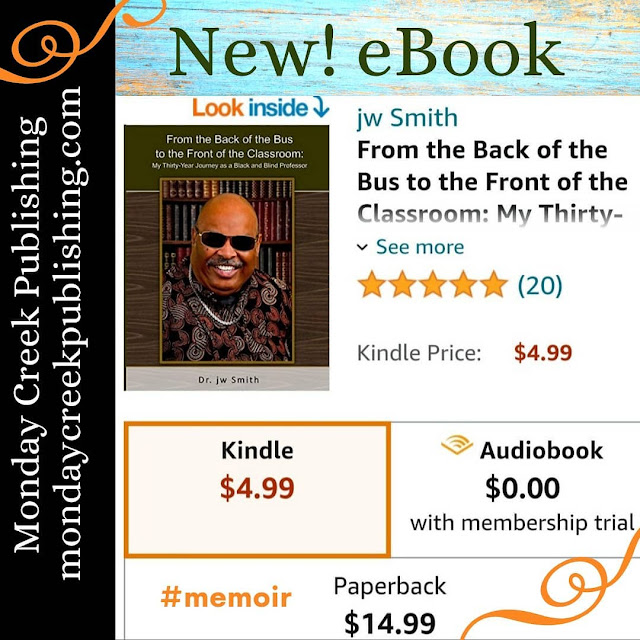