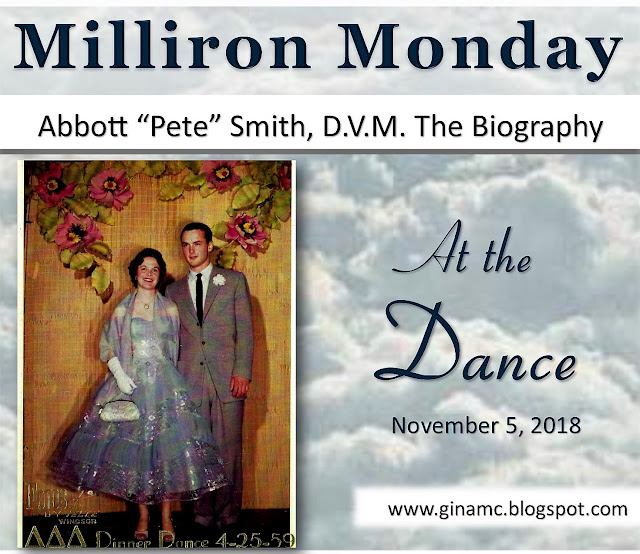 After high school, Pete enrolled in Colorado A&M, Fort Collins, Colorado; becoming Colorado State University in 1957. There he met Jody, the love of his life. This week we revisit a formal dance - April 25, 1959 - one year before Jody would graduate from Colorado State University and the birth of their first child, Jessica, the following summer. From Milliron: Abbott "Pete" Smith, D.V.M. The Biography - Chapter 3: Pete and Jody...

An April 1959 picture of Pete and Jody at a Tri-Delta dance captures them in the throes of infatuation. Jody, in a light blue formal evening gown, stands alongside Pete in his spiffy gray suit. They are the image of young love. It was at this point that Pete and Jody became a couple; horseback riding, nights under the Colorado stars, and occasional out-on-the-town dates as Pete could afford. Jody’s short hair, easy demeanor, and horse-girl savvy kept Pete engaged and determined to keep Jody as his own.

Share your stories and photos of Dr. Smith.
Email to mondaycreekpublishing@gmail.com