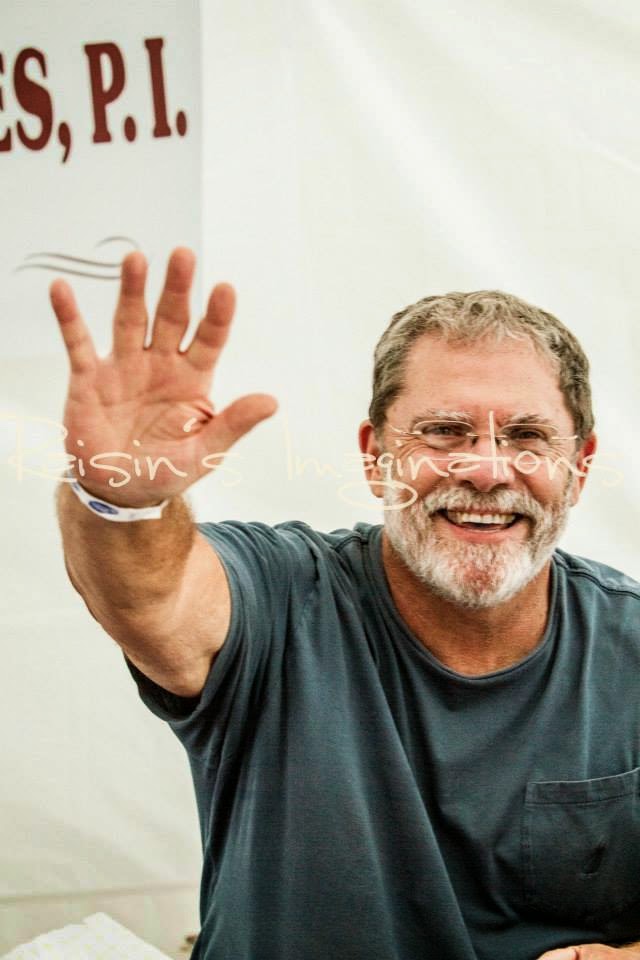 From Texas USA, welcome Author CS Thompson. Currently residing in Tennessee, CS has a long list of accomplishments. He was an All-State shot putter in his high school and college years (Ohio University track team), while pursuing education in classical philosophy and eastern mysticism.  CS finished his degree at North Central College in psychology and then to Wheaton College Graduate School for a Master’s degree in Clinical Psychology.  After graduating, he took a job as a counselor at Naperville Community Outreach and taught part time at North Central College.  A year later he was recruited by King College to move to Bristol, Tennessee to be the director of the school’s counseling center.

Through personal experiences and life events, the Epistle of James became a focal point for CS.  Between 1995 and 2005 he wrote four applied theology books based on James, designed and taught two college courses based on James; Spiritual Formation and The Epistle of James and Introduction to Christian Counseling.  His interested in James eventually led him to write his first novel, The Bishop of Jerusalem.

Currently CS and his wife, Barb, enjoy their children and grandchildren, as well as travel to locations like, Tuscany, Italy, Washington, DC, and New Orleans that provide settings for his Natasha McMorales mystery novels.

What motivated you to write your first novel?
My first novel was The Bishop of Jerusalem.  It is a historical novel about the last five days in [the Apostle] James’ life.  Up to that point everything I had written was related to mental health and spiritual formation, and the last three books were all applications of the first chapter [in the Holy Bible] of James. These books formed the basis for a college class entitled “Spiritual Formation and the Epistle of James.”

So after years of operating in the marketplace with a moderate level of expertise on James, I came across an account of his death.  I was shocked because it is an intriguing story, but I had never heard it. I assumed most folks hadn’t heard it either.  It had to be written.  The first draft took 3 months.  It flew out of me.  I did quite a bit of research on the culture of Jerusalem in 62AD for the second draft and that took another year.

Are your characters based upon your own life scenarios?
Yes.  One of my first books was From Mount Carmel to Mount Horeb: Elijah’s Journey Through Depression which came about because my depression after being cast aside by a church I was serving as a youth pastor seemed parallel to what I read about Elijah. I have been writing mystery novels since then.  I have 6 Why Mystery novels (each title begins with “Why?”). The protagonist in the Why Mysteries is a woman detective named Nattie Moreland and she is a ‘caretaker’ from her dysfunctional family of origin.  The ‘caretaker’ adaptation is how she solves crimes, because she is so other focused, non-threatening, engaging, and self-effacing that people open up and tell her things they would not normally share.  She is not based on one of my clients, but rather several hundred of my clients.  She is my homage to caretaking women with whom I may have spent thousands of hours.

In Why Now? I tried writing in first person with a character named Jack who is introduced on a trip to St. Lucia with his wife.  He had several misadventures and I had each and every one of them first.  One misadventure was when Jack (and I) was told that he couldn’t enter the restaurant his wife most wanted to attend because he was wearing sandals without black socks.  Jack (and I) had to beg several newlyweds to buy a pair of black socks. 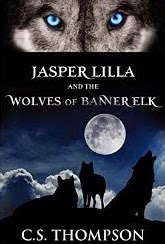 Please share an excerpt from one of your novels...
Excerpt from  Martha’s Story,  chapter 27 of  Jasper Lilla and the Wolves of Banner Elk.  Martha is the first person to experience the wolves chronologically although it is not the first encounter the readers are exposed to.  Jasper and Riley go to Banner Elk to hear Martha’s story because Jasper is having a hard time coping with his encounters with the wolves.  This book has just been released...

Why is the Apostle James intriguing to you?
Had you asked me what my go-to Bible books were, I’d have told you John up until about 1990.  That’s when I came to King University as the Director of Counseling.  I was asked to speak during chapel a couple of times a year and I tended to pick my topic by going about my normal counseling duties until something occurred in the therapy room and a light bulb would go off in my head telling me that what my client and I just said to each other is what the campus needed to hear as well.  After several years of this I noticed that it was almost always James, and not John, that I used as my text.  It was then that I realized that my go-to Bible book for my work, my calling, was James.  That is when I began writing The James Prescription.

Do you reference Scripture and Bible events in your novels?
My Spiritual Formation books and the James novel are all loaded with scripture.  As a matter of fact in the original version of The Bishop of Jerusalem, the last line of each chapter is a line from the first chapter of James.  You could simply read the last line of each chapter and you would have read the first chapter of James.  My editor said it was too cute and so we changed it, but you can still see the remnant of it.

In the Why Mysteries, Nattie is not a Christian, but she is a seeker of truth and I have her meet Bible believing people of all sorts.  Her step-father is a religious zealot who leads Bible discussions at lunch every Sunday. Although Nattie tends to fly under the radar in these discussions, her
creative under-achieving brother, Kevin, always eggs Nattie’s step-father on.  So in my novels the Bible is more of a background and is included in such a way as to not be a stumbling block to someone mildly hostile to Christianity.  I go so far as to let Kevin have a little fun at his fundamentalist step-father’s expense.

In the Jasper Lilla Chronicles there are no overt Biblical references but the over-arching theme is about the futility of ignoring one’s calling.

You have great book covers. Do you design your own covers? Do you believe book covers determine marketing and book sales?
Thank you very much.  The Bishop was designed by Crossroads publishing.  The other Spiritual Formation books are all CreateSpace templates.  Why Natasha? was designed around a photo I took in Italy by a local marketing company.  Why Him?, Why Me?, and Why Bristol were done by that same company, but I designed Why Bristol?.  Why Knox? is actually a painting by Kent Paulette.  He allowed me to use it as a cover. It was implemented by Cam Collins who also manages my website.  Why Now? and Jasper Lilla were both designed by me and implemented by Cam. You can’t sell a book that goes unnoticed and I think covers are what get books noticed.

What are your views of world events and the impact it has on American culture?
I think American culture can be a bit oblivious to world events.  We don’t usually notice or get upset by atrocities in the world until our movie stars get upset about them and that is not so good.  We are certainly upset by ISIS but we aren’t letting that affect us much, and that is good (maybe).

As a world traveler, where in the world is your favorite place to visit?
The people of Uganda were the friendliest people I have ever been around, but the place I’d go back to over and over is Tuscany because of the beauty of the countryside, the food, the wine, and because Florence is a moderate-sized city with history and sites that are only second to Rome, Paris, or London (all of which have the crowds and filth of a major city).

What are you currently writing?
Currently I’m writing the sequel to Jasper Lilla and the Wolves of Banner Elk.  The working title is Escape From Asheville, but I’m not at all happy with that title because I’m not yet settled on Asheville being the featured place.  This is a trilogy with the 3rd title, Back to Boone.  I’m 17,000 words into book 2 and I have the last line of book 3 in my head. 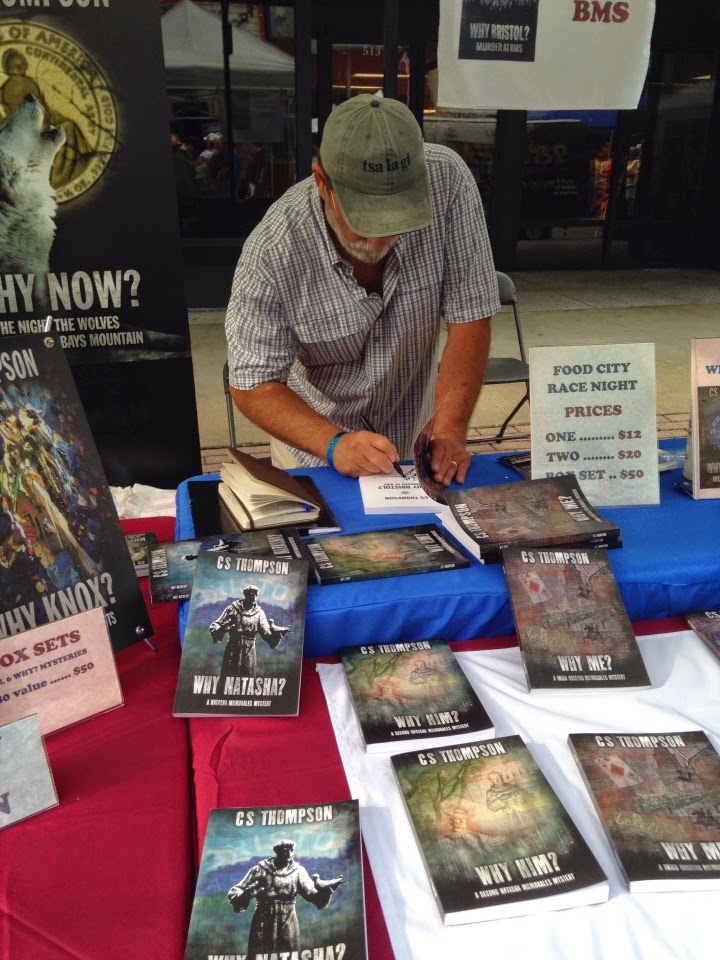 What are you currently reading?
My wife and I are reading 7 Men by Eric Metaxas.  I’m reading Getting Past Your Past by Francine Shipiro for work and The Rook by Steven James for fun.

Who is your favorite author?
My favorite author is Aaron Sorkin.  He writes for television and movies.  When my writing gets flat and I want to be inspired by touching characters that intertwine around both sides of an issue I watch “West Wing.”  Sorkin can make me cry more than any other author.

Do you have advice for novice writers?
I suppose the common advice is often, “If you want to be a writer you must write.”  That is good advice, but I’ll add this, “If you want to write you must be a writer.”  I know that sounds like double talk, but here’s why I say it: what makes a writer is thinking of yourself as a writer, which you cannot do without actually writing.  But just writing isn’t enough. Thinking of yourself as a writer means that you are a writer even when you are not writing.  If ‘writer’ is part of your identity then the writer part of your mind is ALWAYS nearby.  No matter what you are doing, whether you are writing or doing anything else, your writing can be enhanced.  At any moment a writer can/will be inspired for a plot twist or the turn of a phrase or even the perfect name for a character not yet thought of.

Describe your bucket list…
Other than seeing the Cubs win the World Series and to lose 40 pounds, my bucket list is to stay married to my wife, keep doing the work God called me to do, continue enjoying writing, and watching all my grandchildren blossom into the adults God envisioned when He made them.

this is the place wherever you'll get your lesson for your education and any reasonably tutorial papers writing. see here and this site is going to be there for you at the analysis proposal and every one assist for it.

Yeah, riding and writing article is so good for new writers as Precisely when understudies join the school first time it gets a pleasant transform themselves as in the school they see a navigate here great deal of new individuals and their partner improves in the schools.