From Oregon, USA, Caitlin Lorraine Smith is a die-hard horse-girl. As an advocate for rescue, abandoned, auction, and feedlot horses, she keeps informed on the day-to-day postings and networks of horses in need.  As equine rescue efforts increase in the United States, Caitlin is on the frontline, finding homes for as many equines as she can. I support and applaud Caitlin’s outstanding efforts to promote, save, and honor equines.

What is your horse history?
I've always loved horses since I was little, and horses have been a part of my family for generations. We moved around a lot when I was a kid, and I'd always find someone that had horses so that I could ride when we were not able to have our own. My grandmother had horses for years and raised cattle for a while. I had a riding accident many years ago, and I have only been back around horses since November of 2009. My first horse I acquired in January of 2010, which was a bred, but horribly neglected appendix Quarter Horse, about 9 years old, named Juneberry. I met Juneberry in January and started loving on her, feeding her, but I didn't know she was bred, sadly, at that time. I didn't have the right knowledge then to know anything about pregnant mares. I had only been around well trained and well cared for horses. Juneberry was my first rescue horse and she taught me so much.

I then came across an OTTB that was also neglected and brought home with me as I couldn't stand seeing him in such a state in knee deep mud/manure. His name was Rome.  Juneberry started to perk up and was gaining weight, but she was a slow progress. As a few months went by, her belly got bigger and that's when I suspected she was pregnant. I switched her over to mare and foal grain. It was in the early summer months that Juneberry went into labor but I knew something was wrong, so I made a vet call. It ended up being the saddest day as she had to be put down.

October of 2011 I woke up and didn't see Rome at the gate as was normal for him. I went out in the field and at the other end I saw him laying down, yet again another emergency vet call. He had a broken leg, neck, and hip. Sadly he had to be put down as well. They are the two horses that taught me the most about how sweet rescue horses can be.

In December of 2010 I paid $35 for a yearling colt named Red at the ELA which was the best $35 I've ever spent. He is now an awesome riding horse with a strong bond with my son. I have taken in horses from the auction, rehabbed, and re-homed several horses up until April 2013 when sadly our farm had to be sold because my father-in-law (owner of the farm) passed away. Now I mainly speak with other rescues and network a lot. It's very expensive to board horses and maintain their proper care, so I take in only what I can afford.

How is the horse industry faring in Oregon?
The Oregon horse industry has a variable fluctuation mainly dependent on the time of year. May-August it seems to pick up for well trained horses for trail riding, but September I noticed an increase in horses at the auction with more being sent to slaughter than bought at auction. In October the Eugene Livestock Auction (ELA) had an estimated 150 horses and November is estimated to have the same amount, possibly more. I don't see a good sight for our horse industry unless regulating breeding happens.

What are your views on the current horse slaughter debate?
I'm against horse slaughter, but I know that we as humans have created it. There is an overabundance of homeless horses in the whole USA which they (meat buyers) see it as a clean-up job. As equine advocates hate seeing these beautiful horses killed in such a horrific way, it won't change horses being slaughtered without a restriction being implemented on breeding for 15-20 years. I personally will never send a horse to slaughter or risk their lives to that fate.

There are so many abandoned horses just wasting away in paddocks, feedlots, and meadows. How do you propose to end the slaughter without breeding regulations?
Sadly there isn't a way to care for the thousands of unwanted horses to prevent them from ending up on a feedlot without new laws and regulations.

Do you foresee the United States regulating horse breeding in the near future? How?
So far I see no regulating of breeding in the near future, however I think it would do a lot of good. If the government had a tax/annual fee for every stallion owner or had a program implemented that stud colts be gelded by the time they are a year old, that if not gelded the owner/breeder could face a fine with the exception of horses that would be used for breeding. That alone I think would deter over breeding of horses and the breeding of grade horses which is irresponsible. Also a registry of all horses and horse owners in each state would be helpful, but I think the registry should be low cost so that people would do it.

Can anyone locate and rescue Bureau of Land Management (BLM) or feedlot horses?
Yes anyone can locate and rescue from feedlots and auctions which they do have titled BLM mustangs that end up on the feedlot. In fact, currently there are approximately 3 on a feedlot in Washington State.

Where do you find this information?
Facebook is a good start to find them, but a direct link that shows a few feedlots in Washington is http://auctionhorses.net/.

What about the fundraiser you are promoting to save two Paso Finos in Washington?
I was contacted by a fellow equine advocate about two Paso Finos that are in the Moses Lake feedlot last week to see if I could provide any assistance, and contact PFUR ( Paso Fino Urgent Rescue ), that I am a member of in their closed group. She told me that the two Paso Finos were still there and had been for 3 months.  I originally had thought they had been saved when they were first listed 3 months ago. I'm now dedicating myself to help save the two Paso Finos and get them placed into a foster home in La Grande that my friend Kevin is providing while the rescue will handle the other aspects of their care. Eventually once they are ready; they will be up for adoption via PFUR.

What does horsemanship mean to you?
Horsemanship is a partnership between human and equine where a person learns to speak to a horse using their language which also teaches communication. It's like learning a whole new language and having patience with an open mind and heart. This is what horsemanship means to me.

Is there anything else you would like people to know about this issue?
Yes :-). I'd like to add an encouragement to horse owners that euthanasia is actually a kinder decision than auction/slaughter if the horse is lame, sickly, old age. Also that by adopting from a horse rescue they are saving two lives - a rescue horse finds a new home and makes a spot at the rescue for another rescue horse - and even helps the funding needed to either bail from a feedlot or save at auction.

Note from Gina:
To support, promote, and encourage those saving horses, send your rescue horse anecdote to share with the world! Your story will press release to American Horse Publications! Email your story - gmcknight11@gmail.com 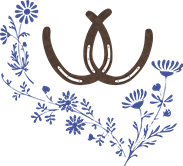