The Chincoteague Ponies: An interview with Gale Park Frederick 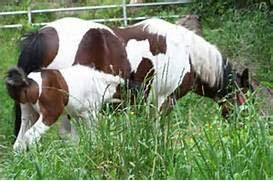 The Chincoteague Ponies: An interview with Gale Park Frederick
by Gina McKnight
Archived from the January 2021 Issue of Florida Equine Athlete
No duplication with permission.

One of my favorite books is Misty of Chincoteague, the story of a lovely Chincoteague pony. The National Chincoteague Pony Association has been sharing their love of this amazing horse breed for over 42 years. A symbol of America’s horse-history, the Chincoteague ponies are best known for their “swim” that began in 1925. The Ponies are forced to swim across Assateague Channel – from Assateague Island to Chincoteague Island – to downsize the growing herd to sustain the breed. The ponies’ natural home, Assateague Island, can only support about 150 horses. The foals are auctioned to protect and support the herd.

A non-profit organization, the association was founded by Gale Park Frederick. I recently caught up with Gale and asked her about her beautiful Chincoteague ponies and her love of horses.

GM: Your organization is totally non-profit and helps to keep the herd safe. Are you looking for people to adopt ponies? What does it take to adopt a pony and support your organization?
GPF: As a non-profit, every penny goes to our Chincoteague Ponies PR and upkeep. We also PR for the Chincoteague Ponies in Maryland and Virginia. We have spent 40+ letting people know about this breed and where they can get one at an auction. People from all over the world come to the Pony Penning in July each year.

We have home schoolers and every organization you can think of come to the farm for a day. They love it. I have seen the boys especially, take their sack lunch and eat on the bales of hay in the barn. There is magic about hay bales in a barn. The only adoption of our ponies is on paper. For one year, and generally the "adopt a pony" is a gift to someone other than the buyer. When we sell products to support the non-profit it is without sales tax. And we call it a "Donation" instead of a price.

GM: What is the disposition of the Chincoteague breed? Are they easier keepers than other breeds, or do they require a special stable?
GPF: Remember, they were horses shipwrecked from Spain in the 1600s. The horses were bred down to a pony size due to foliage and weather conditions, drinking salt water and only weeds to sustain them. The Chincoteague Pony never gets sick. Because of their habitat and island conditions, only the fittest survived. And they are the sweetest animal you will find in the equine world. Children do indeed have their best friend as a Chincoteague Pony. They do just fine on a weed patch and outside year round. But who does that?

When we purchased our 3 Chincoteague ponies in the mid 70's, they were under 13 HHs. Because of fodder and selective breeding, It took 20 years to get our Chincoteague Ponies
up to 14.2 HHs. Adults can ride them and they are an all-round Sport Pony.

The Chincoteague Island Firemen trucked the Chincoteague mares to an Arabian Breeding Farm in Florida, and in two years, they had the most gorgeous and tall ponies. We still have
one small mare of our 2nd generation. The rest are 14 HHs. They are nice looking and they throw big foals.

GM: With the cancelation of the annual pony swim due to COVID19, has the pandemic affected your non-profit and lives of the ponies?
GPF: The only way COVID19 has affected our organization and the lives of the ponies would be that no volunteers are allowed on the farm anymore. There are days in which we could have 4-5 wonderful volunteers brushing and loving on the Chincoteague Ponies. No visitors as well. The ponies miss the attention that they would get from visitors and the volunteers. We step it up with the brushing and loving. Our four are Pocket Ponies, we always have a carrot or apple in our pocket for each pony. Always be fair. They know. Chincoteague Ponies are so intelligent. Easy to train - personable and great personalities.
GM: Pocket Ponies. Adorable! The ponies have so many wonderful attributes. Describe a day in your life with the ponies…
GPF: We have nine apple trees that bare at different times, so we always have apples to give to the ponies. We also make sure the Pony Pate goes under the apple tree trees all winter. It is an amazing cycle.

Two times a day the ponies are fed. We watch their weight every day. Ponies really do not eat much. We make sure they have good grass hay, alfalfa and the best grain and supplement you can buy. A big salt block and fresh water and they are so happy. Our mares never did loose calcium in their teeth or bones due to pregnancies. Alfalfa has the highest calcium. We had for years a list of 5-6 foal buyers. They didn't care what color or sex. When they were next in line, they gladly took the beautiful foal. We made sure it had ground manners and they were trucked by the professional horse trucking companies all over the USA. Especially to Florida where the Native Americans bought many due to the Government lifting the law that Native Americans cannot have a horse. They are still the best customers. They did set up a breeding program in each tribe area.

We turn the ponies out in the winter if it is not raining. They roll and roll in the gravel and or grass. Run like the dickens and then settle down for the breakfast. They are always waiting at the gate to go back into the barn at night - winter, late fall, early spring. In summer, the ponies are out in their summer pasture, which is sectioned off for land management. The areas that have been grazed down can recover. The ponies stay out for months, watching if we get an early cold fall. Generally they are out until October of each year and go out in the spring around March or April.

Grooming of the ponies are not so much in the winter. We want the hair to stay on them to keep the ponies warm. We work with Nature. In the springtime, their hair comes off in handfuls. We purchase feed at the Feed Store, haul it home, and take it out to the two barns. If you are late in feeding them the P.M. feeding, they will call to you. It is like, Hey, did you forget me?

A day with the ponies is so much more than the above. It used to be, no two days were the same with visitors and a training being done on our farm. But days are much the same during the winter months now. We have a program and system that works and they are used to it also. They know what time it is.

GM: Working with the ponies day in and day out, your love for them shows. You live horsemanship! What does horsemanship mean to you?
GPF: Treat your horse and ponies like they have feelings and pride. Be the best you can be with them and they will return it over and over. Trust and Love goes hand in hand. Talk to them. They know what you are saying. And the ponies that have excelled in jumping and other sport pony arenas, everyone is so proud. But especially the pony. They stand proud and love having their picture taken. 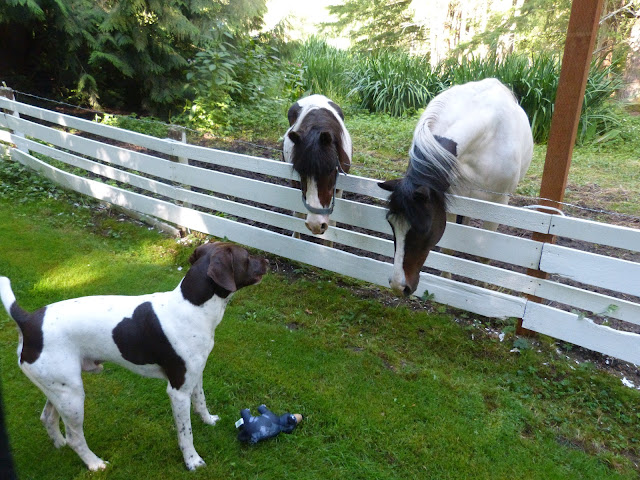 My Chincoteague pony, Jaca, lived with me for 32 years. You will be able to read about some of her exciting adventures in my upcoming book to be published by Monday Creek publishing in 2021. Joy S. MillerUpton 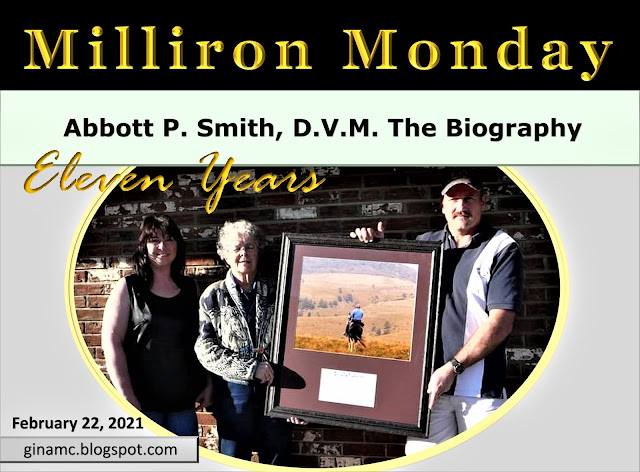